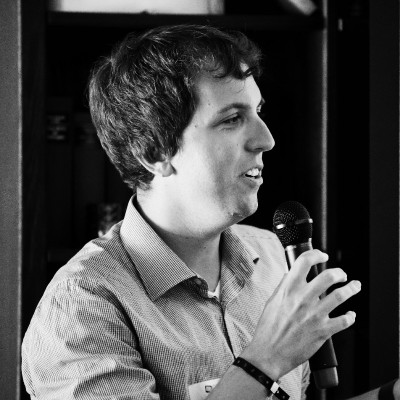 For a long time now, I dreamed of having my own iPhone app. I have had many ideas - maybe too many - but none ever made it past a few sketches or a very basic prototype in Xcode’s storyboard.

And then, when I finally decided to sit down a few days and begin learning Objective-C, Apple dropped the bomb at last years WWDC and announced a new language to be used in iOS (and eventually Mac) development: Swift. Here I was, learning Objective-C, a seemingly dead language - it was like Latin in school all over again. (Little did I know that Objective-C and of course the existing Cocoa APIs would stick around for a while…) Nevertheless, I felt devastated and let the project slip once again.

But then the Christmas vacation of 2014 neared and I took my chance. I made a bet with my procrastinating self: Take these free days and finally try to build an app. If you manage to get a basic app up and running you might have a fighting chance to actually code something useful. If not, you will never manage so and should give up the dream.

So, here I am today - having spent the last few days coding in Apple’s new Swift language. I actually managed to built the basic app that I wanted.

Needles to say, I have just dropped the 99€ for a one year membership in Apple’s developer program. Not only did that motivate me to invest more time and actually stick through with the plan, but it also made me feel proud in a way.